Put it down to the current global movement for female empowerment (millions recently took to the streets across the United States as part of the Women’s March), but the much-maligned power suit has made a comeback. This time, however, designers from Michael Kors to Proenza Schouler proved that the corporate get-up can be as stylish as it is statement-making. 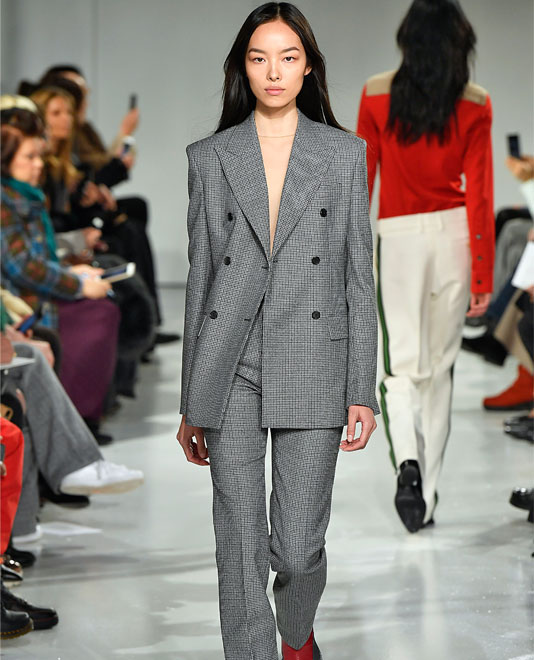 The mood was set early, with Calvin Klein kicking off New York Fashion Week with its debut collection from incoming chief creative officer and Woolmark Company collaborator Raf Simons. Hitting the reset button on the storied American brand, Simons looked to American art – particularly Modernism and Pop Art – as references, boiling down the essence of what the brand stands for; that is, clean-cut, polished, hard-wearing clothing. Wool tailoring proliferated in the collection, with double-breasted, peak-lapelled suits cut from grey and black cloth – some with a slightly flared trouser, others paired with a calf-length pencil skirt. In some instances, the blazer comprised padded shoulders, evoking the spirit 1980s power dressing, but was styled in such a way (here with a bandeau top and rib-knit skirt) to feel entirely modern.

Tailoring is Dion Lee’s forte. The young Australian-born, New York-based designer has made a name for the precision of his cuts, and more recently launched a category specifically made up of suiting (aptly titled SUIT). So it’s no surprise that Lee’s collection felt perfectly on-trend in a womenswear season that seems unofficially dedicated to the exploration of how women can wear suiting. Here, the designer used double-faced Merino wool in garments that were cleverly folded and layered, such as with sleeveless coat dresses with flap pockets, safari jackets with epaulettes, and oversized full-length, peak-lapel coats. 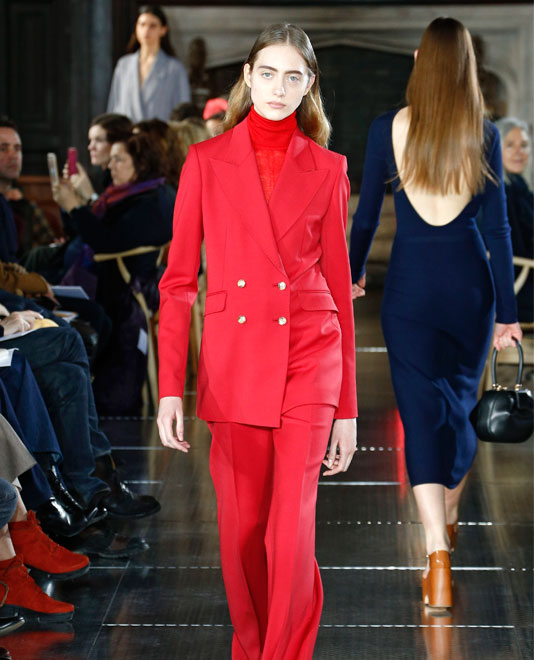 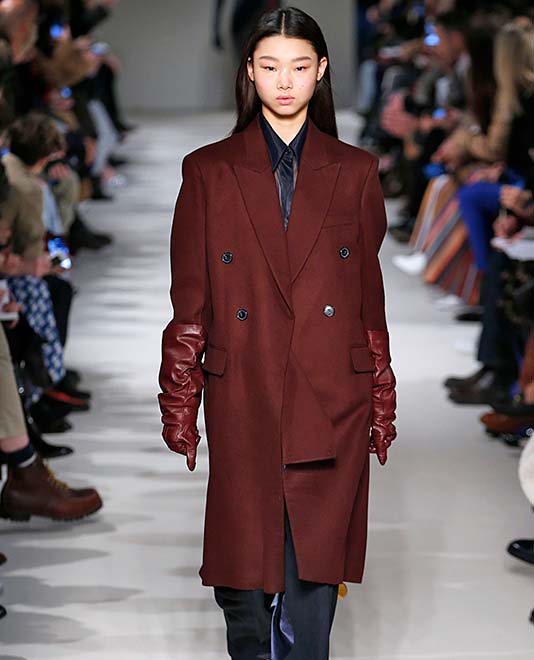 Like Lee, recent International Woolmark Prize winning designer Gabriela Hearst is well versed in the art of wool tailoring. Indeed, although based in New York, Hearst was raised on a Uruguayan Merino stud, with much of the yarn used for her collections drawn from home, contributing to the verticalisation and ethical practice of her namesake brand. In her first show presentation, Hearst further explored some of the ideas laid out in her International Woolmark Prize capsule, with wool coats that were nipped in at the waist to give an hourglass silhouette, off-the-shoulder button-down wool dresses (worn atop ultra lightweight wool bodysuits), and the signature for which she has become much loved: the two piece power suit, most beautifully here shown in rich red Merino wool. 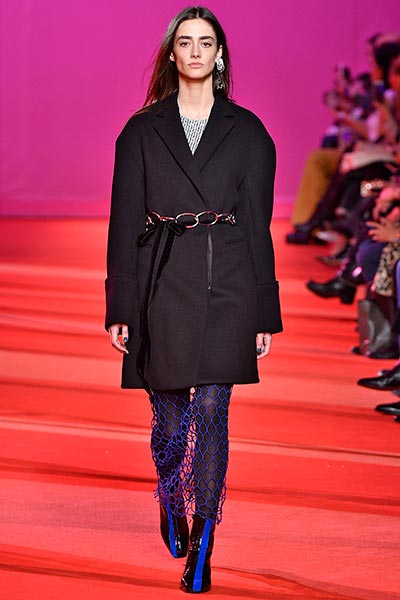 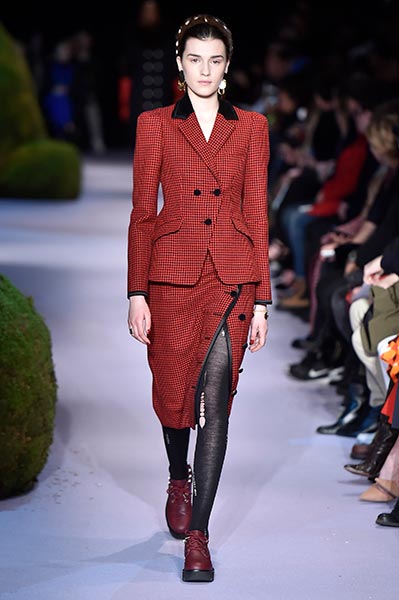 A look from the Altuzarra fall/winter 2017 collection